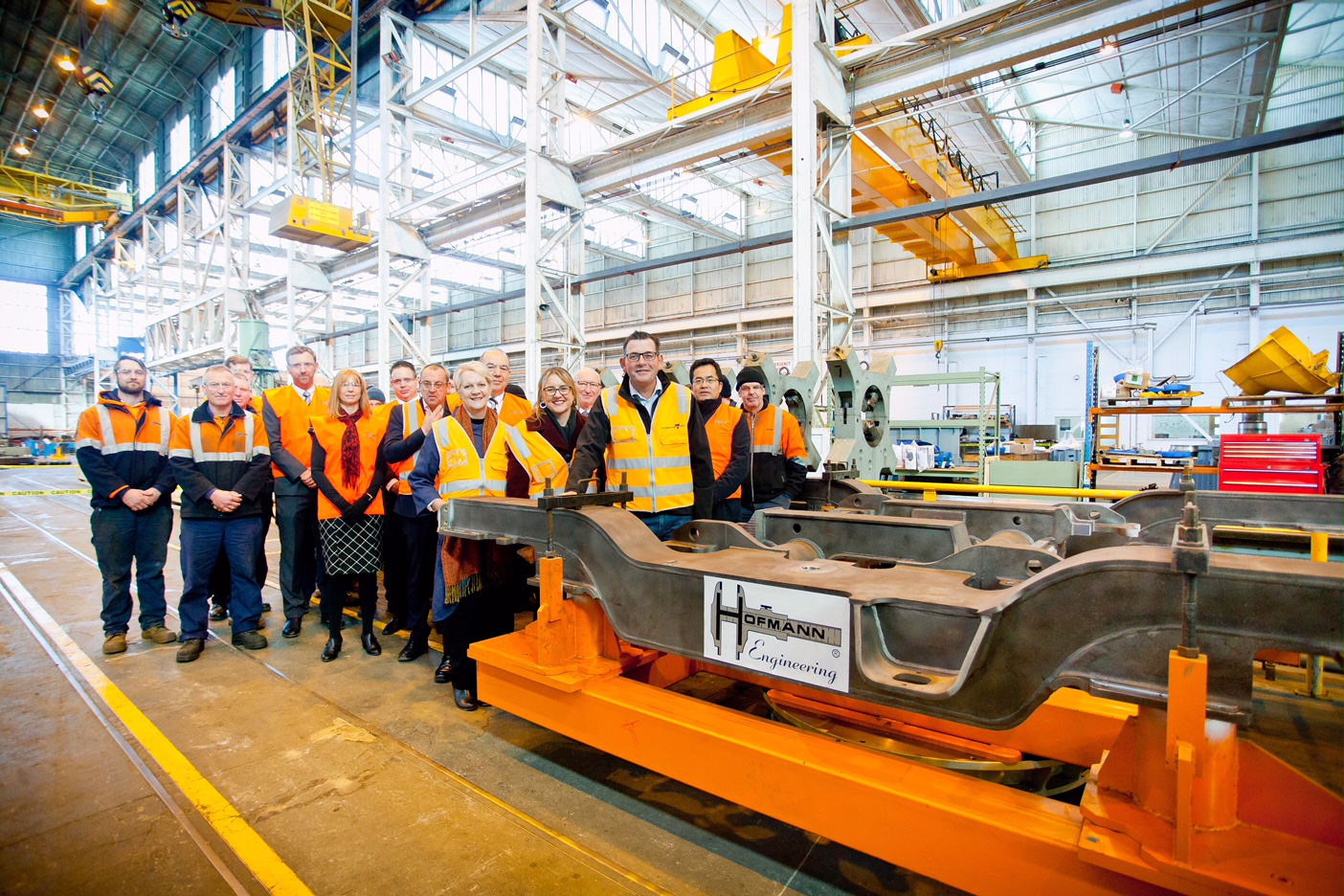 BENDIGO, VICTORIA – Hundreds of bogie frames will be manufactured by Hofmann Engineering in Bendigo for the largest order of new trains in Victoria’s history as part of the Victorian Government’s High Capacity Metro Trains Project.

The $2.3 billion project is being delivered as a public-private partnership between Evolution Rail – the consortium comprising Downer, CRRC and Plenary – and the Victorian Government.

The manufacture of bogies will consist of 87 per cent local content and will see result in 30 jobs at Hofmann including apprentices, trainees or cadets and disadvantaged workers.

Final preparations at the Bendigo facility are currently underway with full manufacturing of bogies commencing in August 2018.

“This new fleet of trains will be a state-of-the-art fleet that will be among the best in the world and will be the biggest and best trains on the metropolitan network,” Phillip Walker, Evolution Rail CEO, said.

“We’ve invested in a significant knowledge and technology transfer that is driving innovation and supporting local suppliers like Hofmann expand their operations.

“We’re also creating new local employment opportunities across Victoria that will help support the development of skills that will be the foundation of a revitalised and globally competitive rail manufacturing industry.”

Manufacturing of the first of 65 trains is now underway in Newport and are being built using 60 per cent local content. Overall the project will result in 1,100 jobs including throughout the supply chain. The first train will be ready for testing in late 2018.

Able to carry 20 per cent more passengers than the existing Melbourne metropolitan fleet, the new trains will enter service from mid-2019 on the Cranbourne-Pakenham lines, with the final fleet being dedicated to the Sunbury to Pakenham corridor, linked by the new Metro Tunnel.

The Evolution Rail consortium, that is made up of Downer, CRRC and Plenary, has been contracted by the Victorian Government, via a public private partnership, to deliver the High Capacity Metro Trains (HCMT) Project. The project includes the delivery of 65 trains that will be maintained by Evolution Rail for 35 years.

For more information about the project visit: https://transport.vic.gov.au/our-projects/high-capacity-metro-trains/biggertrains